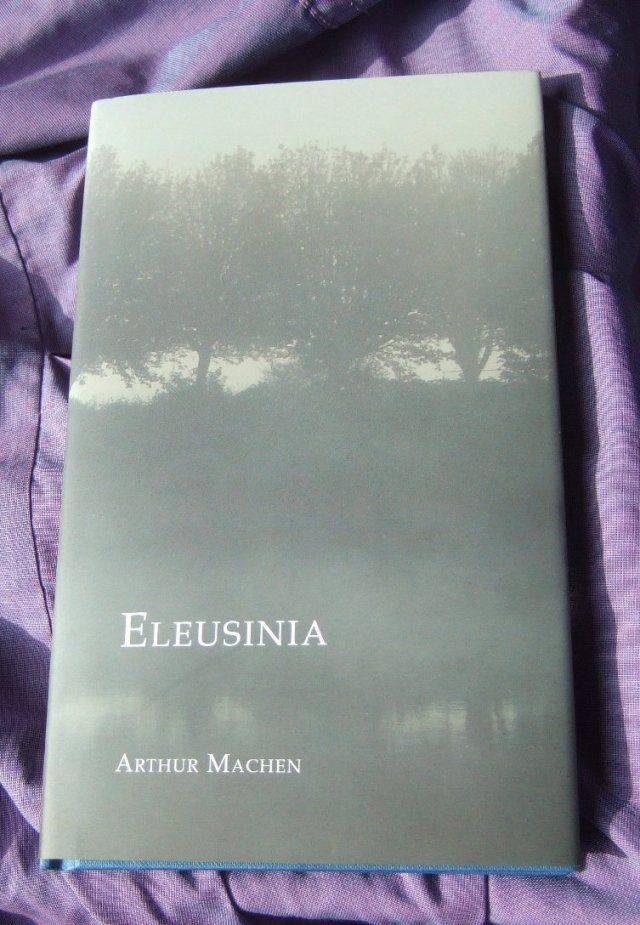 To celebrate Machen’s 150th birthday and the fifteenth year of the Friends of Arthur Machen on March 3rd 2013 the society published a new edition of Eleusinia. This poem on the Eleusinian mysteries of Ancient Greece was the first published work by Arthur Machen written when he was 17 years old. It was originally published as a 16 page pamphlet in Hereford in 1881 and was limited to 100 copies. Incredibly rare an original copy of Eleusinia is worth an estimated £25,000 and is keenly sought after by book collectors. If your hunt for Eleusinia has been unsuccessful thus far then this new edition is the closest you will find to an original. 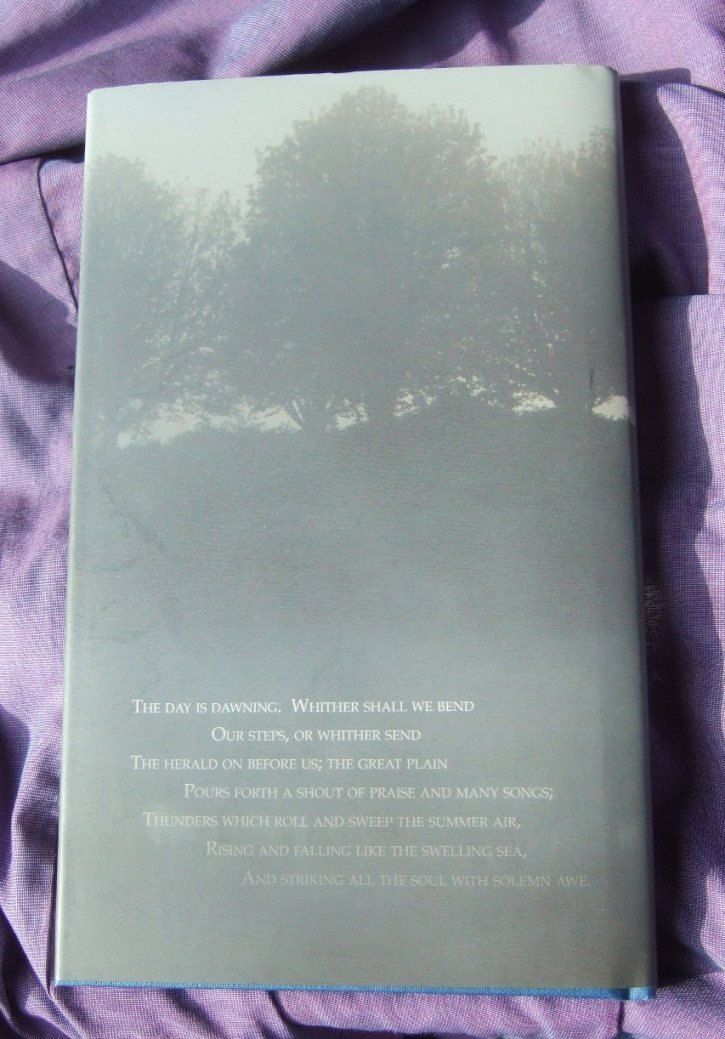 This edition of Eleusinia is a 60 page perfect bound hardback, limited to 300 copies, with a beautiful dust jacket showing a tree covered misty landscape besides the river Usk. Ably edited by Jon Preece this will become the definitive edition of the poem for anyone seriously interested in Machen’s work, correcting errors in the Necronomicon press edition of 1988 and adding much besides. It contains a full colour reprint of the copy of Eleusinia in Yale University library, which originally belonged to Machen’s father, and which features Machen’s own handwritten alterations to the text. 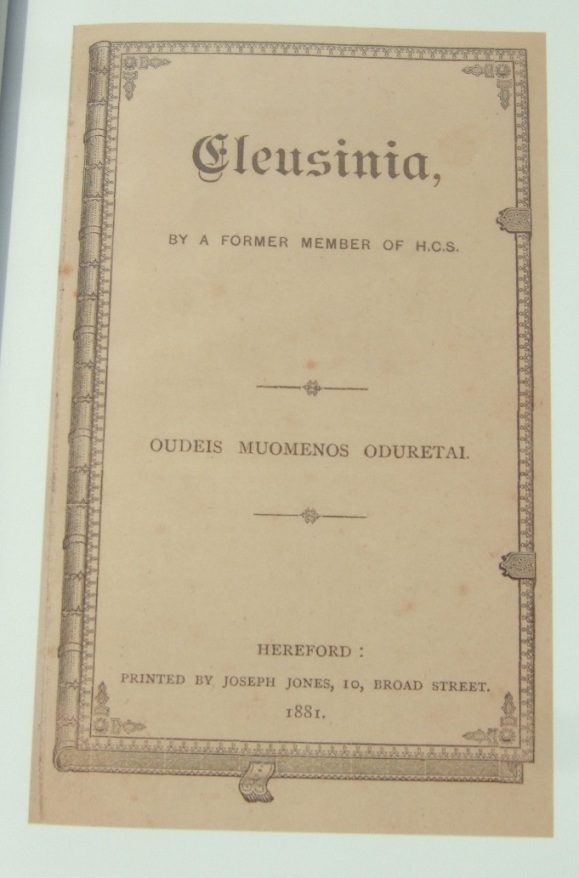 The mysteries within Eleusinia are examined in over thirty pages of commentary. Arthur Machen’s own revealing essay “Beneath the Barley - On the Origins of Eleusinia” is reprinted alongside other important comments he made on the poem. Godfrey Brangham talks about the interesting bibliographical history of Eleusinia and the fanatical collectors who still hunt a copy. Gwilym Games unveils the original source Machen used for the poem as well as examining the biographical context in which Machen wrote. Dan Corrick examines the background to the Mysteries in Greece and the ongoing influence of the Mysteries in Machen’s work from The Great God Pan onwards.

Eleusinia is often merely regarded as bibliographical oddity and Machen himself held it in little regard, but this commentary reveals how much the work, for all its youthful flaws, echoes Machen’s interests for the rest of his life. 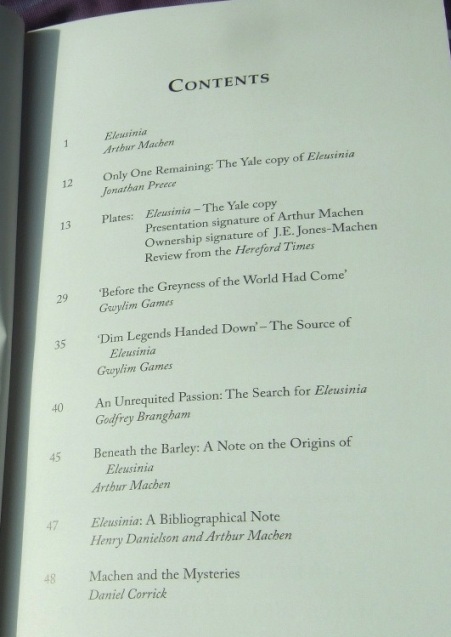 This edition of Eleusinia is free to subscribers of the Friends of Arthur Machen while stock lasts.